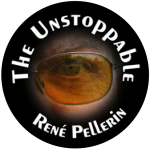 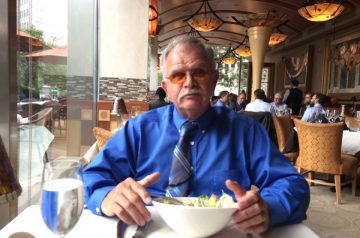 René was born in Quebec, Canada. He grew up in Vermont, graduating from Austine School for the Deaf and later attending Gallaudet University.  He, his brother and two aunts and an uncle have Usher Syndrome. His work life has included being the Acting Director of DEAF, Inc. in Allston, Massachusetts, and nearly 20 years at VocRehab-Vermont, most of which was as Vermont's State Coordinator for the Deaf (SCD).

René’s last four years of work were as the Coordinator for Northern Vermont for Vermont Center for the Deaf and Hard of Hearing. René was instrumental in the passage of laws Supportive of the Deaf community and Vermont interpreters. He has been married to an interpreter, Joan, for 38 years. They have six adult children including two adopted daughters.  They also have a grandson. René lives in a small town in Vermont surrounded by the Green Mountains!

Long recognized by his Deaf peers as a sought after storyteller, Rene expanded his repertoire in recent years to chronicle DeafBlind life, "learning through Laughter", as René The Unstoppable. He has taught numerous workshops on being DeafBlind, having Usher Syndrome and using Haptics.  He is a consultant for the DeafBlind Equipment Distribution Program for Vermont.  He also is a weekly contributor to the Deaf Digest.